Share a memory
Obituary & Services
Condolences & Tributes
Read more about the life story of James “Jim” and share your memory.

James “Jim” Otis Moody, age 84, of Pikeville, passed away Friday, July 15, 2022 at Parkwest Medical Center in Knoxville. He was born May 7, 1938 in Pikeville, Tennessee. Jim was a man with many talents. He attended Guilford College in North Carolina and went on to acting school in New York City where he joined several Broadway plays. He worked for ABC Network in New York City and also owned and operated a ladies clothing & shoe store. Jim later moved back to Pikeville where he met and married his wife, Alice, in 1982. Together they had their first child, Kristopher, who became Jim’s best friend. The family moved to Tuscaloosa, AL in 1986 where Jim started a vending machine business that created a father-son bond of lasting memories. He returned and retired in Pikeville as a Developmental Technician at STARS. Jim had a great love for music and enjoyed playing his guitars. He loved movies and watching his favorite actor, James Dean. Jim was also an avid reader and was always interested in anything pertaining to history.

To send flowers to the family or plant a tree in memory of James “Jim” Otis Moody, please visit our floral store. 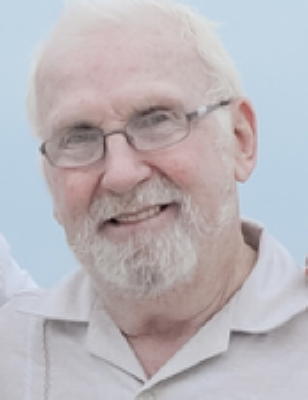 Family and friends are coming together online to create a special keepsake. Every memory left on the online obituary will be automatically included in the book.

You can still show your support by sending flowers directly to the family, or by planting a memorial tree in the memory of James “Jim” Otis Moody
SHARE OBITUARY
© 2023 Fraker Funeral Home. All Rights Reserved. Funeral Home website by CFS & TA | Terms of Use | Privacy Policy | Accessibility