Share a memory
Obituary & Services
Condolences & Tributes
Read more about the life story of James and share your memory.

Unexpectedly, James Riley Wynne  passed away on July 3, 2022, at Methodist Medical Center in Oak Ridge, TN, at the young age of 96.

Riley, as he was known, was born in South Pittsburg, TN on June 12, 1926 to William and Verna (Morrison) Wynne. He worked at the Ford Motor Company there until 1950 when he joined the U.S. Navy. After his honorable discharge, he married Ruby Hookey. They spent their early married years in Stevenson, AL, where Riley worked with TVA at Widow’s Creek, while Ruby worked as a teacher. Later on they moved to Harriman, TN, then finally settled in Kingston, TN. Riley worked at the Kingston TVA Steam Plant until his retirement.

After retirement, Riley and Ruby camped their way through the Blue Ridge Mountains. Riley enjoyed his time with his family and friends, being in his garden, fishing, and of course, he loved a good joke.

Riley is survived by his children, Jim and daughter-in-law Myra, Cathye and son-in-law Steve Palko, grandsons Jake (wife Caitlynn) and Mac, and his sister Margaret Wynne Landstreet.  Riley was predeceased by his wife Ruby in 2009 and his brother William Lee in 2018.

In lieu of flowers, donations may be made to the charity of your choice in Riley’s name.

To send flowers to the family or plant a tree in memory of James Wynne, please visit our floral store. 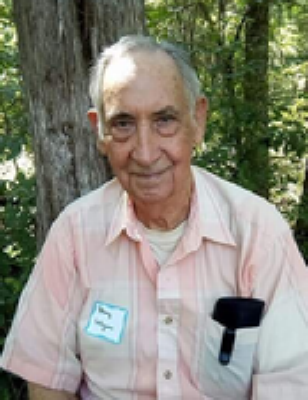 Family and friends are coming together online to create a special keepsake. Every memory left on the online obituary will be automatically included in the book.

You can still show your support by sending flowers directly to the family, or by planting a memorial tree in the memory of James Wynne
SHARE OBITUARY
© 2023 Fraker Funeral Home. All Rights Reserved. Funeral Home website by CFS & TA | Terms of Use | Privacy Policy | Accessibility